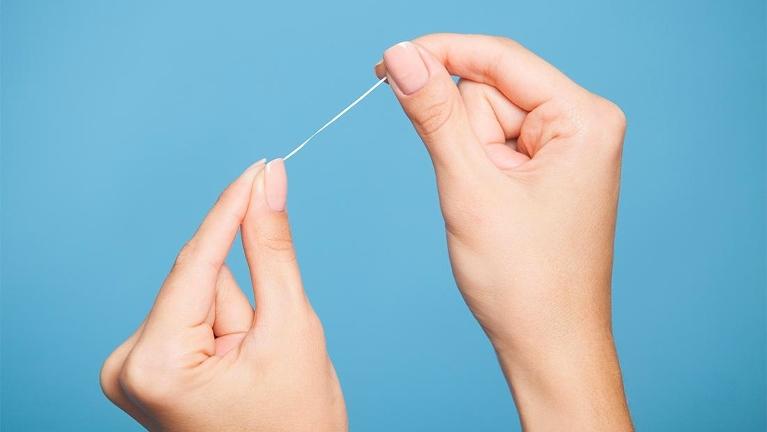 Some of today's emerging dental technology is incredible. For example, dental implants mimic a natural tooth from the root up, creating as permanent a restoration as any reasonable person could expect.

Same-day crowns, digital smile design, and invisible braces are a few more examples of how technology has improved over much of the traditional dentistry offered in St. Cloud, FL.

But sometimes, a classic dental tool comes up against a new piece of dental technology, which has the advantage of being less cut and dry. For example, in the competition between traditional dental floss and water flossers, like those made by Waterpik, the answer to which has the edge is an open question.

Along with brushing, you should be flossing daily to remove debris and plaque between teeth. Eliminating food particles that accumulate between teeth is not only important in preventing tooth decay, it also protects your gum tissue from the same bacteria and infection. So you get two benefits for the price of one.

Flossing filament dates back to the 19th century in America. According to the Oral B company, a New Orleans dentist in 1815 advised his patients to clean between their teeth using a silk thread, which was both strong and gentle. Over the next 80 years, the idea became popular around the United States until, in 1898, the Johnson & Johnson company attained a patent and produced the first dental floss.

In the 1940s, nylon floss replaced silk thread floss, and waxed floss was the next breakthrough. Today's floss is very similar to the first nylon floss, with improvements in texture and materials. Some dentists consider waxed floss to be the gold standard for cleaning between teeth with some limitations.

Water Flossers for Those Who Struggle with Nylon Floss

The main issue with conventional floss is that it is difficult to use, and with some dental and orthodontic appliances, it doesn't work as well. So while flossing with your standard filament is perhaps the most effective, if you can't use floss, then you need an alternative.

Waterpik is perhaps the best-known and industry standard for water flossers. Founded in 1962, the Waterpik company produced its first water flosser and has gone on to earn the American Dental Association's Seal of Acceptance. The benefits of water flossing are:

However You Do It, Just Get It Done!

While traditional and water flossers offer particular advantages and disadvantages, the consensus among dentists is that flossing needs to be done regardless of the method. Even if conventional waxed floss filament is the most recommended, it's better to do something rather than nothing if you have problems with it that result in avoidance.

So if you struggle with traditional flossing, then a Waterpik water flosser may be the right choice for you. Don't hesitate to discuss your options with the caring team at Modern Dentistry of St. Cloud. They can help you find the best way to keep your teeth and gums healthy.

Contact your dentist in St. Cloud to schedule your next dental checkup.

Related Services: General Dentistry
Return to Blog Homepage
Like us on Facebook Visit us on Yelp Leave a Google Review Instagram
If you have difficulty using our website, please email us or call us at (321) 805-3888

View the ADA Accessibility Statement
Turn on ADA Views
We are back! Our team is implementing additional guidelines to prevent the spread of COVID-19. Learn more here.

Contact Us Today
Give Us A Call
Modern Dentistry of St. Cloud - (321) 805-3888
Send Us an Email
Expanded Details View
This Patient's Experience
Loading Testimonial...
Loading Case...